Lucis Pro is a patented image-processing application that gives artists incredible access to image content.
Images often contain hundreds to tens of thousands of contrast levels.
Our eyes can only differentiate 32 levels of contrast.
Therefore, fine contrast variations are only partially recognized as textures our eyes can't resolve.
With Lucis Pro, you shift the relative emphasis of image contrast variations.
Emphasize small, midrange or large contrasts. Transform your digital photographs into your artistic vision. 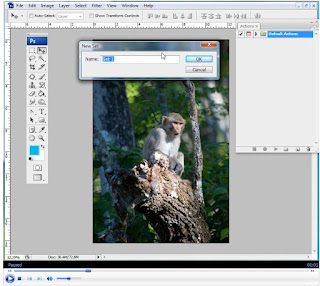 Looking at the grayscale information in each channel can give you valuable information about how the image will look when the composite button is selected.
You can look at the balance of detail and color in each channel and manage the variation.
If you are enhancing a portrait, then you would want approximately the same amount of contrast and detail in each channel.

Reduce Image Noise
Smoothing the channel a small amount improves image quality, as noise is usually located in the channel.

Enhance Features
If you have an image with a striking feature that primarily uses only one color, try using Multiple Luminance Channel mode and only enhance that one color.
For example, you might have a picture of a robin and only enhance the red.
If you are using this method, uncheck the boxes marked "C" in the User Interface or else the remaining luminance channels will be contrast-stretched.
A simplified, "lite" version of Lucis Pro is available called LucisArt.
It is an Adobe Photoshop plug-in for Mac and Windows (discount available). Here are the key

Differences between Lucis Pro and LucisArt:

Lucis Pro 5.0 is Windows only. It is stand-alone software (not a Photoshop plug-in).

Lucis Pro 5.0 allows full access to image content. While LucisArt has seven buttons to enhance detail with the effect Exposure, Lucis Pro has a slider that you can alter in increments of 2 intensity levels.
That is like having 125 setting for a typical photograph.
A smoothing slider, equivalent to the slider in Winslow, is also present at the same time, so you can enhance features and also smooth the smallest contrasts. It is like having acess to 15,000 sculptures.


Lucis Pro 5.0 has a Mix feature which allows you to add a percentage of an image to another or subtract a percentage of one image from another provided that the images are the same size and format.
There are some amazing tricks you can do with subtraction to create highlights.

When Lucis Pro 5.0 processes an image it creates a new one, and does not overwrite the original as LucisArt does.
So you can create a palette of images that you can import into Photoshop and blend using layers.